One of my favorite kitchen tools is the food processor. I have two sizes and they are both so useful. I've had them both for more than 10 years and they still work perfectly! I was just using the smaller of the two today to chop up a small amount of frozen mixed veggies to mix in with my dogs' dinner tonight. It reminded me that I want to use the bigger processor tomorrow to mix up some cookie dough! There are also some great cookbooks featuring the use of food processors, like the one I have featured in the left sidebar this week!
Enjoy! 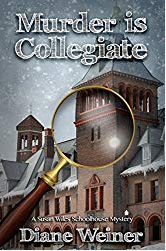 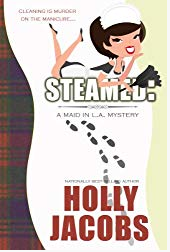 Steamed: A Maid In LA Mystery

Quincy came to LA looking for fame and fortune but became a mother and a cleaning service owner instead. While filling in for a sick employee, she accidentally cleans up a crime scene and now that she’s a suspect in a murder case, she only has one option—find the real murderer or end up in jail for a crime she didn't commit…a crime she only cleaned.There's a killer out there, and Quincy’s going to find them...or die trying. 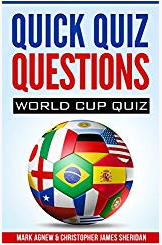 Since its inception in 1930, the World Cup has become a footballing institution. It is the pinnacle of the international calendar, where a moment of brilliance can immortalise a player in history…and moment of madness will condemn one to the annals of World Cup infamy. For many, it is a once in a lifetime opportunity to represent their country on football’s grandest stage, while for a select few, it is the platform to realise a dream and be crowned ‘World Champions’. For supporters, it is a month-long celebration of ‘the beautiful game’, which unites more than it divides; as fans of all cultures, from all corners of the globe, gather to be part of the footballing spectacular.It was this sheer magic and the invaluable input of my friend (and quizmaster extraordinaire) that brought about the idea for this quiz book; which contains questions and answers on every tournament from 1930 up to 2018. Compiled of General Knowledge, True/ False, Multiple Choice and Pot Luck rounds, there is something for everyone and as an E-book, it is easily stored to your phone or tablet, so you can test your knowledge anywhere – whether you are in Russia to witness history in person or just down the local with your mates.

Hung on the shower that fronts the golden West,
The rainbow bursts like magic on mine eyes!
In hues of ancient promise there imprest;
Frail in its date, eternal in its guise.
~  Charles Tennyson Turner
Posted by QuinGem at 6:32 PM