Are you addicted to making jigsaw puzzles? I am. I've been hooked for over 50 years! I have hundreds of them ... but, they are all packed for a future move! So, I've been binging on online puzzles at various jigsaw puzzle sites. After making so many of them, I decided to start creating some of my own. If you'd like to make my puzzles, you can find my puzzle album here: QuinGem It's at Jigsaw Planet, my favorite puzzle site. I love that you can change the size and piece shape of any puzzle.
I think that is why I like mysteries so much. They are like a puzzle that needs to be pieced together!
Enjoy! 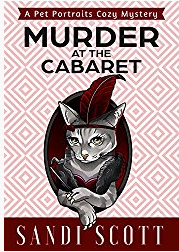 Murder at the Cabaret: A Pet Portraits Cozy Mystery (Book 4)

A visit from Georgie’s youngest son brings her to the cabaret, where she finds herself solving the murder a burlesque queen and reconsidering her divorce.
Her son Andrew is anxious for her to give his father a second chance, while a handsome acquaintance has asked her to go on a date.
Andrew takes Georgie to a cabaret show, giving her a front row seat as the curtain rises to reveal the star performer dead, right under her nose. Georgie can’t resist the lure of another mystery, so she is soon in the thick of things trying to figure out whodunit, all the while preparing for her first date with her new beau, Obby.
Hijinks galore from Georgie, a free-spirited sexagenarian who paints pictures of pets and is always eager to solve a mystery, will have you laughing out loud.

Over the top acting, bizarre medical conditions and yummy sweet treats all come together as Georgie solves the murder of a burlesque queen, while doing her best to keep her sleuthing sideline a secret from the new man in her life.
This is book 4 in the Pet Portraits Cozy Mystery series, but can be read as a standalone. 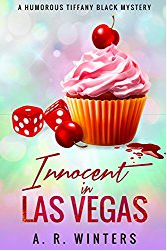 Cupcake-loving croupier Tiffany Black is determined to leave her job at the casino for good. She's one small step away from acquiring her Private Investigator license, and has her eye on the prize. 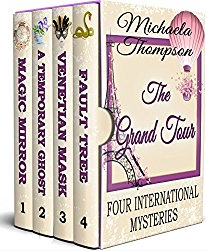 
Armchair travelers who happen to love cozy puzzlers won't be able to resist this deal. Four of Michaela Thompson's delightful international mystery novels—set in France, Italy, and India—each featuring bright and funny leading ladies, are on sale as a box set.
Take the grand tour! Cuddle up and enjoy these exotic and thrilling adventures one after the other.
MAGIC MIRROR
SACRE BLEU! THEY KILLED A MAN FOR A MIRROR!
Florida transplant Georgia Lee Maxwell doesn't take to Paris at first, despite the fact that she's at least leaving a no-good man and a hated job as a society editor. Now she's a Paris correspondent, thank you very much—a dream come true for any journalist.
There's just a slight down side—she arrives in freezing rain, gets caught in a traffic jam caused by a bomb scare, and hates her apartment; but the real Bonjour is finding herself face down on a museum floor during a robbery. Three terrifying masked gunmen shoot the unfortunate security guard and make off with only a mirror. Does it have some prophetic ability? Does someone know something the gendarmes don't? Here's what Georgia Lee knows: If she finds out first, she's a journalistic hero. If she doesn't, she's dead.
A TEMPORARY GHOST
A GHOST-WRITING GIG IN PROVENCE--SHE'S LIVING THE DREAM! UNTIL THE KILLING STARTS...
In journalist Georgia Lee Maxwell's second adventure, she leaves her new home in Paris for Provence, where she's been offered a lucrative ghost-writing job. But her co-author, suspected murderess Vivien Howard, the widow of a wealthy New York financier, seems strangely uninterested in writing her memoir Vivian was widely believed to have murdered her husband but was never charged with the crime, and now she promises to tell all.
Amid the beauties of Provence, settled in, a charming renovated farmhouse, Georgia Lee finds a household full of ill-feeling, not to mention suspicious characters. Frustrated by Vivien's lack of cooperation and unnerved by threatening letters, Georgia Lee soon realizes that she has become a player in a more dangerous game than she could have imagined. And then there's another murder.
VENETIAN MASK
AT CARNIVAL IN THE FLOATING CITY—AN ARTLESS YOUNG AMERICAN, A MYSTERIOUS MASKED COUNT, AND MURDER
The surreal splendor of Venice glitters and mesmerizes as six so-called friends who, it turns out, barely know each other meet at Carnival to play a malignant game that quickly turns murderous. Sally, the “Tallahassee lassie” spurned by the rest as a virtual hayseed, is swept up by a mysterious count, attending masked balls, operas, and Carnival revels even as she mourns her marriage and dodges a deadly pursuer. “Things should happen at Carnival,” says her unlikely protector, who resembles Harlequin in more than his costume. “If they go on just the same, there’s no reason for Carnival at all.” There’s absolutely no chance of that in this psychological tour de force of surging identities wrestling to emerge in people forced by violence to confront their inner Harlequins and Medusas.
FAULT TREE
HELLO, IT’S YOUR PAST CALLING…
“Placing blame” thinks Marina Robinson, “is my life’s work. And why?” There’s a lot in her past to account for—nightmares and terrors, crimes and betrayals that happened half a world away, ten years go. Now she’s an engineer with a great job. She’s a failure analyst, an investigator who figures out what causes accidents, and she’s working on her most fascinating case—the fatal crash of a roller coaster--when suddenly the phone rings. And her world tilts…
The elusive, unidentified caller can be only one person ... 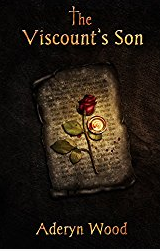 Book conservator, Emma, loves historical mysteries, and when she gets her hands on a Sixteenth Century diary, she launches a secret online project – to transcribe the ancient text. Though Emma's colleague, Jack, believes the medieval 'diary' is a fake, Emma decides to translate the text and leave it up to her blog readers to decide. When a dark, handsome stranger comes into her life, she wonders if she should end the blog, but is it too late? Follow Emma's journey to discern the mysteries of the medieval memoir. 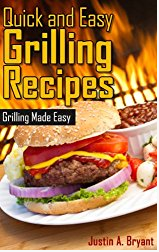 
Grilling food is more popular today than ever before. The simple reason is that grilled food smells great, tastes great and is healthier when you do it right.
Lots of people stick to easy food like burgers and sausages, but with Quick and Easy Grilling Recipesyou have a book which provides dozens of tips and tricks to make sure your food is perfect every time AND includes great recipes like:
Each section contains recipes for food like beef, chicken or vegetables and is accompanied by grilling tips to get the best flavor from them. There are also the all-important sections for marinades and sauces, because grilled food just tastes better when it comes with a great tasting accompaniment. 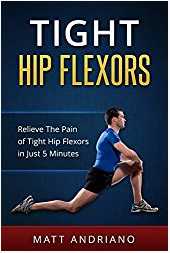 You've heard the saying: it’s all in the hips. But for many of us, our hips – or more precisely, our hip flexors – are tight, stiff and inflexible. If you're an office worker you can probably thank sitting down at your desk 8 or more hours a day for your tight hip flexors. Habitual sitting causes your hip flexors to tighten and shorten.Luckily there is a lot you can do to get those hips nice and flexible again. So whether you want to tear it up on the dance floor, improve your athletic performance or just get better posture – now you can using this guide! 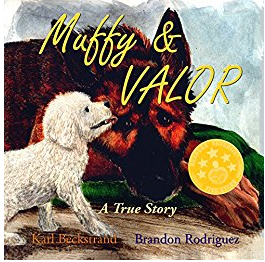 
Muffy is a little dog who loves people; but after a painful injury she is wary of other dogs. Valor is a lost German shepherd who gets hit by a car. When Muffy’s family brings Valor home to recover, no one is sure what Muff will do. This touching picture book teaches compassion, friendship, trust, and courage (kids ages 3 – 7 including any with a fear of dogs). 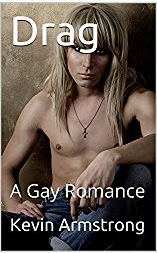 Young Jody Benson has always considered himself to be a straight boy - well apart from a couple of sexual experiments at high school and his local boy scouts troop that is.But then his world starts to change when his Māori friend Jason who is cheerfully bi-sexual invites him to go along to a drag show at Connections night club. At first the boy is reluctant – why the hell would he be interested in a show put on by a crowd of drag queens? But then Jason reminds him of his ambition to become an investigative journalist. This could be an opportunity to explore an exotic new world. Jody decides to go along to the show and gets more than he bargained for!