I'm looking forward to Saturday. The local Farmer's Market re-opens for the season. I hope to get my ebike out of mothballs and ride over there for some deals! Do you shop at a farmer's market? If not, you should check out this great site to find one near you! 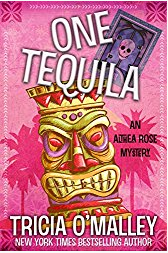 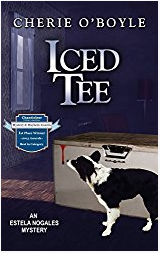 Mystery, humor, and dogs keep the quirky residents of Arroyo Loco busy after screams fill the the community kitchen. The freezer reveals pot pies, empty cartons of ice cream, and the frozen corpse of an elderly woman. Psychologist Estela Nogales and her eclectic collection of neighbors snap into action to unearth motives while the border collies pitch in with their unique skills. As the fear of discovery escalates and danger mounts, mysterious thumps are heard from inside the victim’s home. Winner of Chanticleer Book Reviews Mystery & Mayhem, Small Town Cozy Award. 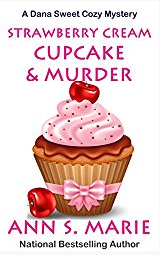 Reverse your stress at Cozy Cupcakes Café. Remember, ‘stressed’ is ‘desserts’ spelled backwards!Her ex-fiancé ran off with her money, her dreams, and her best friend. But that won’t stop Dana Sweet from trying to make a fresh new start. They say the best revenge is sweet success and that’s what Dana plans to do. Turn the struggling cupcake café she inherited from her grandmother into a success. Dana takes a chance and re-opens the café under a new name, Cozy Cupcakes Café, where frosted cupcakes are served with a spoon and delivered with a sweet fortune cookie-like message to brighten customers’ days.But moving back to Berry Cove in Ontario is not as easy as it looks. For one thing, Dana is not welcomed to town by her competitor. Moreover, the employees at the bake shop haven’t warmed up to her yet. And when the Berry Cove Gazette food critic who gave the café a scathing review turns up dead, all sticky fingers point to Dana. And now a gorgeous detective has her under surveillance...A Dana Sweet Cozy Mystery series:Strawberry Cream Cupcake & Murder (Book 1)Blueberry Cream Cupcake & Murder (Book 2) Chocolate Cream Cupcake & Murder (Book 3) 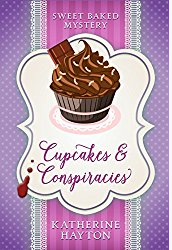 With a divorce pending and her career hanging in the balance, Holly Waterston returns to her hometown of Hanmer Springs to lick her wounds. According to her accountant, she also needs to sell the cupcake bakery owned and operated by her family for three generations. The bakery is the only place Holly's younger sister Crystal has ever worked.
But when their mortgage holder suffers anaphylactic shock after eating a cupcake, Crystal is chief suspect for the attempted murder. Despite being labeled allergy-free, the cake was chock full of peanuts.
Holly must dig in her heels and don an apron if she's to clear her sister's name, uncover the real culprit, and find out why their booming business is hemorrhaging money. If she can't, then Holly might lose Crystal to prison and lose the one place she can truly call home.
~~~~~~~*******~~~~~~~*******~~~~~~~*******~~~~~~~*******~~~~~~~*******~~~~~~~ 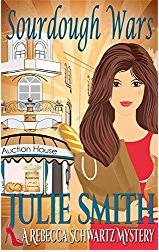 TO YOU, ITS JUST A FROZEN LUMP OF DOUGH; TO SOME, IT'S LIFE AND DEATH...Especially to handsome Peter Martinelli, who wants to auction off the fabled sourdough starter from his family’s famous bakery. But who’d buy a frozen hunk of flour and water? Only, it turns out, every bakery in San Francisco, a national food conglomerate, and an upstart ringer with a mysterious backer. Someone would even kill for it. And does.Enter lawyer sleuth Rebecca Schwartz, whose client is her own partner, glamorous Chris Nicholson, Martinelli’s main squeeze before the ill-starred auction. Rebecca noshes her way through the case in hilariously unorthodox style, tasting some great bread along the way, but also uncovering so many ancient jealousies, long-simmering feuds, and seething resentments that she barely escapes death by doughball. 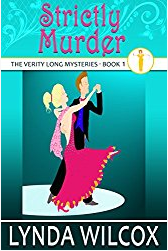 The estate agent's details listed two reception rooms, kitchen and bath. What they failed to mention was the dead celebrity in the master bedroom. Personal assistant Verity Long's house hunt is about to turn into a hunt for a killer. It will take some fancy footwork to navigate the bitchy world of dance shows, television studios, and dangerously gorgeous male co-stars. When Verity looks like the killer's next tango partner, she discovers that this dance is ... Strictly Murder. 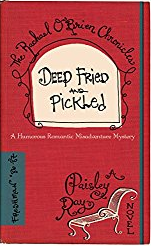 Book one of THE RACHAEL O'BRIEN CHRONICLES begins with Rachael enrolled at a southern college intending to earn a degree, party, and meet cute guys--hopefully acing the latter two. She has barely had time to acquaint herself to the dorm food before finding herself threatened by a jealous She-Devil, fending off the advances of a thirty-something redneck, and stumbling upon an art fraud scheme. To top things off, her parents go their separate ways: her mom to follow a psychic calling; her dad adrift in his midlife crisis. 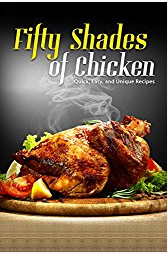 Discover 50 seductive recipes in 50 Shades of Chicken. Have chicken every way you like it - roasted, grilled, baked, pulled, in pot pies, and in salads. 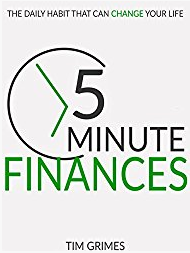 Five Minute Finances: The Daily Habit That Can Change Your Life

I’m about to share with you a simple habit that can help improve your financial situation. It will only take up about five minutes of your day, and should reduce the anxiety you feel about money – while making more of it come into your life. It’s an unusual habit in many ways, but one thing in particular stands out: It’s ridiculously easy. 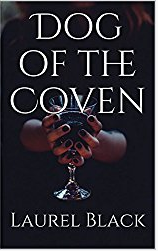 Dog of the Coven

"I fell in love with an angel. "He was beautiful, and ugly, and corrupt, and innocent, but all the same, I loved him. He had dark, raven hair that hid the thoughts so clearly on his face, azure eyes that stalked his prey, and golden skin marred by wounds I made so long ago. No one could tame him. But he was mine nonetheless."It's no secret that Nick wants to leave the small Southern town of Fontaine. From his relationship with the town bad boy, to the constant night terrors he's subjected to, he's counting down the days until he can finally move himself and his family out. But when a pastor suddenly burns alive right in front of him, he becomes ensnared by a past that torments him, and a man entrenched in lust and blood

We all have our own life to pursue, our own kind of dream to be weaving, and we all have the power to make wishes come true, as long as we keep believing. ~ Louisa May Alcott
Posted by QuinGem at 9:26 PM