My goodness! It's the last day of April! Tomorrow is the start of National Bike Month! I have some goodies planned to share for that. Stay tuned!
Enjoy! 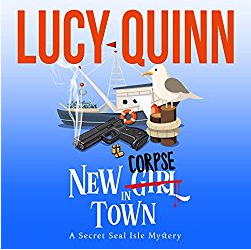 FBI agent Cookie James is enjoying her extended leave from the agency on Secret Seal Isle, managing her quaint inn and flirting with the oh-so sexy-handyman, Dylan Creed…until her sixty-year-old mother goes skinny dipping and is almost drowned by a corpse.A phone call to the sheriff should mean the end of Cookie’s involvement, but when it’s clear the sheriff has no interest in the investigation, Cookie calls in reinforcements…her ex-partner Hunter O’Neil. Suddenly it’s like old times while the pair questions the residents of Secret Seal Isle. Except it’s not. Now she has both Hunter and Dylan vying for her attention, a wayward hippy mother, and a potential killer on the loose. With her love life heating up, her mother lighting up, and all signs pointing to the most unlikely suspect, Cookie does the only thing she knows to do—focus on solving the case. 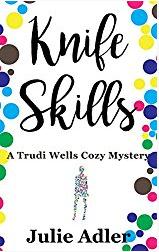 Crime reporter Trudi Wells never wanted to be a food writer. Trudi never wanted to solve murder cases, either — but sometimes, you just don’t have much of a choice. After a stupid (but funny) editing mistake, Trudi is reassigned to her struggling newspaper’s food desk, forced to write feature stories about restaurants and recipes.Smart-mouthed Trudi is definitely no foodie: she knows nothing about fine dining. But the murder of the most famous chef in town — killed with a cooking knife — presents an opportunity: if Trudi can prove her skills as a reporter, she can return to the news desk where she belongs.In a tight-knit California foothill community of cooks, caterers and wine snobs, how can an impulsive girl like Trudi make her way through a completely unknown world of delicious food and drink? Somehow she’ll have to figure it out… because just when she starts to piece together the puzzle, the murderer sets his sights on Trudi. "Knife Skills" is the first mystery starring Trudi Wells. It is followed by "Murder and Pestle."

It takes a person who is wide awake to make his dream come true.
~ Roger Babson