I hope you find some books to celebrate with! 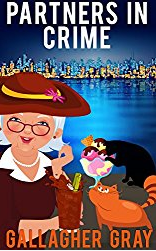 Break out the tea and cookies to welcome T.S. Hubbert and his unforgettable Auntie Lil! T.S. tells the story (and very wittily too), but it's Lil who steals the show—she’s eighty-four years young, with a taste for bloody Marys at any time of day, a fine-tuned appreciation of life’s other pleasures, and a remarkable talent for detecting.It begins, as so many things do, with a phone call: T.S. (Theodore to Auntie Lil) has been retired about eight hours when he’s summoned back to Sterling & Sterling, the bank where he served as personnel manager for most of his adult life. One of the bigwigs is lying stabbed to death in the Partner’s Room and his demanding former boss, forgetting he’s no longer boss, is demanding a favor—damage control.Well, that’s certainly more interesting, thinks Theodore, than “interviewing the slack-jawed sons of clients.” And besides, now he can talk back to the brass. He can even dress like it’s casual Friday and no one can say a word. Although they do. A big part of the fun’s watching him shock his former colleagues with his sudden assertiveness. Because who can boss around a person who’s doing a favor? What starts out as damage control quickly evolves into full-scale detecting as more and more partners bite the big one in unexpected ways. Aunt Lil’s all over it from the first, demonstrating not only the necessary smarts, street savvy, and moxie, but also a feminine way of looking at things that leads to a surprisingly contemporary conclusion. 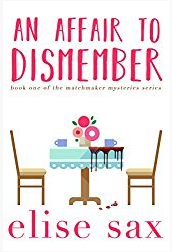 Three months has been Gladie Burger's limit when it comes to staying in one place. That's why Gladie is more than a little skeptical when her Grandma Zelda--who is more than a little psychic-- recruits her into the family's matchmaking business in the quaint small town of Cannes, California. What's more, Gladie is also highly unqualified, having a terrible track record with romance. Still, Zelda is convinced that her granddaughter has her clairvoyant "gift." But when the going gets tough, Gladie wonders if this gift has a return policy.*When Zelda's neighbor drops dead in his kitchen, Gladie is swept into his bizarre family's drama. Despite warnings from the (distractingly gorgeous) chief of police to steer clear of his investigation, Gladie is out to prove that her neighbor's death was murder. It's not too long before she's in way over her head--with the hunky police chief, a dysfunctional family full of possible killers, and yet another mysterious and handsome man, whose attentions she's unable to ignore. Gladie is clearly being pursued--either by true love or by a murderer. Who will catch her first? 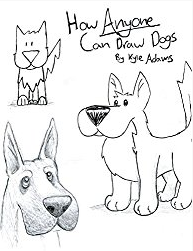 How Anyone Can Draw Dogs

Frustrated with the how to draw books that he had grown up reading, which were either way too complicated, or way too simple, Kyle Jacob Adams has decided to reveal the secrets and techniques that took him years to learn. In this book he teaches how ANYONE can learn to draw dogs through making small adjustments using three fun and simple phases. 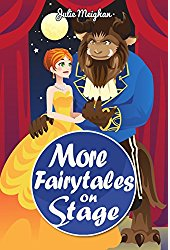 More Fairytales on Stage: A collection of plays based on famous fairytales (On Stage Books Book 11)

More Fairytales on Stage is a treasure trove of charming stories that have been adapted into children’s plays. The scripts can be used as performance plays, readers’ theatre or just read for enjoyment. Includes favorites such as Beauty and the Beast, Jack and the Beanstalk, Hansel and Gretel and Snow White. 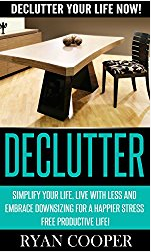 
Clutter is an unnecessary, unhelpful, and inhibiting state. It is often tangible and visible, as in a cluttered desktop or a room filled with clutter. There are times though when it pertains to something more intangible and far more personal, such as emotional, mental and spiritual clutter. The latter requires much introspection and strong personal will to overcome. The former is far easier dealt with, and that’s what we will tackle more in this book.
Surely, no one wants to live in a messy place, or have habits that mess up your everyday routines and even your relationships. Those who do live this way often end up feeling empty and still wanting something even as they fill their rooms with unnecessary material possessions.
You may not know it, but you could be living that life right now.
First hint: You have a closet filled with clothes, yet you only frequently and repeatedly wear ¼ of its contents.
Second hint: When you walk from your bedroom to the kitchen every morning, you have to kick or nudge something in the floor out of the way.
Third hint: You haven’t thrown anything out for the last three months.
We could go on and on with these hints on whether or not you are surrounded by clutter, but that would be beside the point. What you need to do now is evaluate your environment and lifestyle. If you think that it’s about time you remove all unnecessary things from your life, then so be it! Consider this ebook as your little helper.
This book aims to help you, dear reader, to remove all the unnecessary clutter and mess that makes your life more difficult, uncomfortable, and stress-ridden. Sometimes all you need is a plan and a firm decision to clean out the garbage and give away your excess possessions and voila! Your home feels new, clean and comfortable again. And when your home is as homey as it can be, your daily mood and disposition towards other aspects in your life will also be as warm and positive.
~~~~~~~*******~~~~~~~*******~~~~~~~*******~~~~~~~*******~~~~~~~*******~~~~~~~
Posted by QuinGem at 7:44 PM