There is so much going on at home that I was nearly in bed last night before I remembered that I hadn't posted anything to the Book Nook! My bad! So, today we have quite a few finds for you to peruse! Enjoy! With her social life and writing career in tatters at the ripe old age of thirty-five, Sunni Taylor decides to pack up her things and join her sisters, Lana and Emily, in the small town of Firefly Junction. Hoping to open a bed and breakfast, Sunni sets herself the task of refurbishing the rundown Cider Ridge Inn, a two-hundred-year-old house with a sordid past. In the meantime, she's stuck writing dull human interest stories for the Junction Times. But when Sunni decides to bend the rules on her first newspaper assignment, she soon finds herself in her favorite place—right in the center of a murder investigation. Now if she can just steer clear of the cocky, irritating and far too appealing local detective, Brady "Jax" Jackson.
It isn't long before Sunni discovers that avoiding Jax is a piece of cake compared to staying clear of the equally cocky, irritating and far too appealing two-hundred-year-old ghost haunting the halls of the Cider Ridge Inn.
Death in the Park is a full-length cozy mystery novel with a fun paranormal twist.
Book 2, Killer Bridal Party is now available! 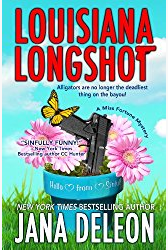 It was a hell of a long shot.... CIA assassin Fortune Redding is about to undertake her most difficult mission ever—in Sinful, Louisiana. With a leak at the CIA and a price placed on her head by one of the world's largest arms dealers, Fortune has to go off-grid, but she never expected to be this far out of her element. Posing as a former beauty queen turned librarian in a small bayou town seems worse than death to Fortune, but she's determined to fly below the radar until her boss finds the leak and puts the arms dealer out of play. Unfortunately, she hasn't even unpacked a suitcase before her newly inherited dog digs up a human bone in her backyard. Thrust into the middle of a bayou murder mystery, Fortune teams up with a couple of seemingly sweet old ladies whose looks completely belie their hold on the little town. To top things off, the handsome local deputy is asking her too many questions. If she's not careful, this investigation might blow her cover and get her killed. Armed with her considerable skills and a group of elderly ladies the locals dub The Geritol Mafia, Fortune has no choice but to solve the murder before it's too late. 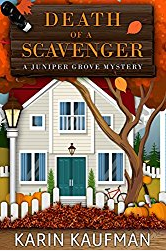 The 2nd book in the Juniper Grove Mystery Series!
More than a few people in Juniper Grove want Maureen Nicholson dead, so when her body turns up during the town's annual October scavenger hunt, there’s no shortage of suspects or motives. But when suspicion for the murder falls on Rachel Stowe’s friend Holly, baker extraordinaire, Rachel must get to the bottom of the mystery.
Convinced there’s no romance in her future with the town’s police chief, Rachel dives headlong into the case, ignoring his disapproval and risking her own safety. But will she uncover the truth before the killer claims another victim?
This light, cozy mystery offers a clean read with a female amateur sleuth in a small-town setting. No foul language, sex, gore, or graphic scenes of any kind. It can be read as a standalone, but it will be enjoyed more as part of the series.
Always FREE on Kindle Unlimited.
THE JUNIPER GROVE MYSTERY SERIES:
~~~~~~~*******~~~~~~~*******~~~~~~~*******~~~~~~~*******~~~~~~~*******~~~~~~~ 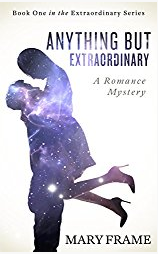 When the local authorities ask Ruby Simpson to help them find a thief in the small town of Castle Cove, she doesn’t have much of a choice. She predicted the most recent theft, and the cops have no other leads. There are just two small problems. One, she’s not psychic. Two, she’s not Ruby Simpson.Okay, maybe they’re not small problems. But Charlotte needs a place to lay low with her younger sister, somewhere her parents won’t find her and the locals won’t ask too many questions. Getting involved with the cops, especially Deputy “Cute Butt” Jared, isn’t a smart thing for a reformed con artist to do. But Charlotte has to make a choice: raise her little sister on the right side of the law or put food on the table.What the real Ruby doesn’t see in her crystal ball won’t hurt her, right?BOOK ONE IN A THREE PART SERIES--THIS IS NOT A STAND-ALONE NOVEL! 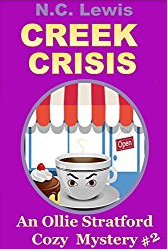 Ollie Stratford isn't comfortable mingling with movie stars and television celebrities, but that’s exactly where she finds herself when a mysterious Portuguese film producer hires her event center.Ollie thinks everything is going to be fun and games... until the brawling and fisticuffs amongst the Divas break out. When one of the celebrities ends up dead, and the Sheriff and his deputy leave town for Vegas, Ollie decides justice can't wait.But the more Ollie digs, the deeper the confusion. Who didn't want this person dead?If you love action-packed cozy mysteries with a feisty protagonist, you'll love Creek Crisis, the second in a fun series of Ollie Stratford Murder Mysteries set in a small Texan Hill Country town, with all its quirky inhabitants. 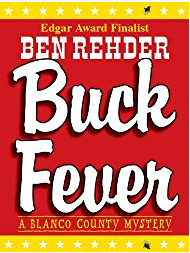 Buck Fever: It's the week before deer hunting season, as close to a statewide holiday as you get in Texas, and the locals are getting restless. Game Warden John Marlin has his hands full with poaching complaints coming in faster than he can write out-of-season tickets. Then a call of a different sort comes in. A man dressed up in some sort of deer costume has been shot at the Circle S ranch, and witnesses are reporting a massive wild-eyed buck prancing about the pasture in a lovesick frenzy. Marlin's seen a lot in his years, but this is wilder than he could have imagined: the man in the deer suit is a good friend, and the whacked-out whitetail isn't exactly a stranger either. It's the beginning of a mad, frantic weekend in Blanco County, one that will see a few more men shot, an invasion by Colombians with more than hunting on their minds, and damn near the end of Marlin's life. Ben Rehder serves it all up with a huge helping of humor in this debut comic mystery that will firmly establish him as the funniest crime writer in Texas. 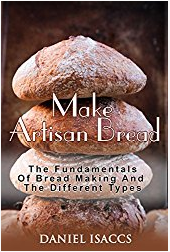 Whether you just want to learn more about the Artisan Baking or already understand it and want extra help making Amazing Baked Bread, this book is for you. 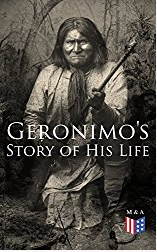 Geronimo's Story of His Life

Geronimo was a prominent leader and medicine man from the Bedonkohe band of the Chiricahua Apache tribe. From 1850 to 1886 Geronimo joined with members of three other Chiricahua Apache bands—the Tchihende, the Tsokanende and the Nednhi—to carry out numerous raids as well as resistance to US and Mexican military campaigns in the northern Mexico states of Chihuahua and Sonora, and in the southwestern American territories of New Mexico and Arizona. Geronimo's raids and related combat actions were a part of the prolonged period of the Apache–United States conflict, which started with American settlement in Apache lands following the end of the war with Mexico in 1848. 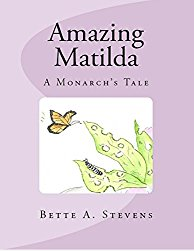 Inspire the Kids with an Award-winning (Excellence in Children's Literature) Monarch Butterfly Tale.In this age of instant gratification, there's an award-winning children's picture book out that teaches kids that patience and hard work really do pay off. 'AMAZING MATILDA: A Monarch's Tale' is a timely tale that follows MATILDA, a tiny monarch caterpillar, from the time she hatches from her egg on a giant milkweed leaf until she realizes her dream to fly. The story provides challenges and adventure at every turn. Grandparents, parents and teachers will find that AMAZING MATILDA is a book that kids will want to read themselves and hear read to them again and again. Get your FREE Authorgraph for your digital copy from author/illustrator Bette A. Stevens at www.4writersandreaders.com 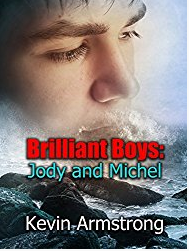 From Kevin Armstrong author of the Gay Sex Odyssey series comes this erotic gay romance extolling the joys of making up after breaking up, glory holes, anal sex and playing on your boyfriend’s organ with all the aplomb of a concert pianist. Jody has recently graduated from Balmain High School and he works at Burger King as well as being a part time cadet journalist. His dad reckons that his “gayness” is just a passing fad. Jody imagines that his dad sneakily dons an invisible “tolerance” mask in the bathroom every morning just as a murderer or a terrorist might don a fright mask.Through his work as a budding journalist Jody meets a drop-dead gorgeous boy called Michel who has recently arrived from Belgium. The boy writes the most exquisite poetry and he tells Jody that he is very proud of his cut c***. This puzzles Jody somewhat because in his so-far limited experience all the Euro boys he has encountered have been intact. Our intrepid journo becomes even more perplexed when the boy poet admits to wanking his c*** so obsessively he might require hospital treatment. Although Michel is keen to watch Jody giving virtuosic performances on his own member he is very reluctant to reveal all to his new friend. Jody wonders how he will ever be able to become Michel’s boyfriend or lover if he is denied access to his c***. 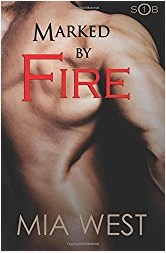 A fresh, dark, sexy retelling of Arthurian legend…Eighteen-year-old Arthur burns for two things: a warrior’s ink, and Bedwyr, his older brother’s friend and shieldmate. Though the warlord’s son is beyond his reach, a Saxon incursion finally brings Arthur’s chance at the tattoo that will brand him a fighter. But when he abandons his training in the heat of battle, his reckless ambition costs Bedwyr his sword hand.Once, Bedwyr trusted in two things: he was a warrior, and the presumed heir of Uthyr ap Emrys. Now, reeling from injury and banished by his father, he’s lost everything. The last person he wants to see is the cub who ignited his disastrous instinct to protect, especially when he arrives with Bedwyr’s armor and a dangerously hopeful scheme to restore him to his rightful place.MARKED BY FIRE is the 1st novel (50,000 words) of the SONS OF BRITAIN series.2nd Edition Note: This title was originally published in 2016 as a novella. The author has significantly expanded the story for republication.SONS OF BRITAIN seriesThey’re a long way from legendary. Amid the volatility of 6th-century Britain, Arthur and Bedwyr are just two young men, born to fight and bound to their warlord by blood and oath. But when fierce hearts collide, loyalties can shift, creating bonds far stronger—and ideas far riskier—than their world may be ready for.SONS OF BRITAIN is the second series of the STORM’S EDGE saga.