We've got some fun reads to choose from today - mysteries, children's, and health! Enjoy! 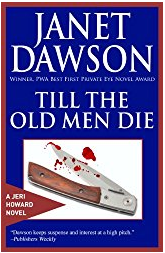 In Janet Dawson’s second absorbing Jeri Howard mystery, the tough-minded private investigator finds herself –in no time at all--at the center of an international jumble of war heroes, collaborators, resistance fighters, politicians, and crime bosses.
But in fine PI mystery fashion, the case isn’t at first what it seems. It begins small, with the grisly murder of a sedate, widowed history professor, written off as a random street crime until a woman turns up at his university, claiming to be his widow and demanding access to his “papers.” Jeri’s called into the case by her father, a good friend of Lito, the murdered Asian Studies professor, who tells her about a mysterious envelope he received from his friend on the day of his funeral.
A note with the package said “keep it safe”. And Jeri knows that’s the key: whatever was in it is behind Lito’s murder. Sure enough, it's gone missing.
And Lito was just back from a research trip to the Philippines. What, she wonders, did he learn there?Once she realizes his research subject was the Japanese invasion of the Philippines in World War Two, things take a sinister international turn.
Off she goes, searching for answers in Lito’s close-knit Filipino community, a world alive with music, food, celebrations – not to mention power struggles, treachery, and betrayal. And then the case heats up. Because the past never dies—it just gets covered up.
Fans of hard-boiled women sleuths, historical mysteries, and detective novels with a twist will love P.I. Jeri Howard. If you like Sue Grafton, Marcia Muller, T.R. Ragan, Laura Lippman, and Alison Gaylin, take Jeri out for a test drive—she’s your kind of tough, take-no prisoners female detective.

In the middle of an important investigation,Smoke Tree Substation Commander Carlos Caballo, known up and down the Colorado River Valley as "Horse," is suddenly called away to find a man who has shot an inspector at the California Agricultural Inspection station in the tiny desert community of Vidal, California. A California Highway patrolman has found the car abandoned alongside Highway95. When Horse and and the patrolman force open the trunk, they discover a body: the man's wife. Horse realizes he and his deputies must find a killer who is on foot in the vast, unpopulated area where the Mojave and Colorado deserts meet. During the hunt, they encounter a mysterious and self-sufficient Native American who becomes an important part of the pursuit. 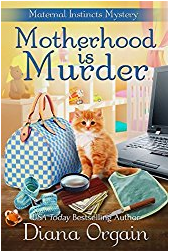 Nights out are hard to come by for new parents. So when Kate’s new- mommy club, Roo & You, holds a dinner cruise, she and her husband leave baby Laurie with Kate’s mom and join the grown-ups for some fine dining on the San Francisco Bay.But when one of the cofounders of Roo & You takes a fatal spill down a staircase, the police department crashes the party. Suddenly every mom and her man has a motive. Kate’s on deck to solve the mystery- but a killer’s determined to make her rue the day she joined the first-time-mom’s club…To Do:1. Buy diapers.2. Make Laurie’s two-month check.3. Find good “how to” book for PI business.4. x Find dress for the cruise (done)5. x Ask Mom to babysit (done)6. Exercise. 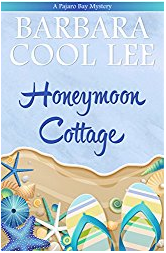 Camilla Stewart's ex-fiancé ripped her off and disappeared, leaving her to care for his eight-year-old son alone. But when she arrives in Pajaro Bay, she finds a village full of cute cottages, quirky characters... and a killer on the loose who is somehow linked to her, the young boy, and the darling little house known as the Honeymoon Cottage. The Pajaro Bay novels are heartwarming romantic mysteries guaranteed to leave you with a happy ending. Each is a standalone story, so they can be read in any order, or you can follow along from the beginning and see how the world of Pajaro Bay develops. Collect them all:1. Honeymoon Cottage2. Boardwalk Cottage3. Lighthouse Cottage4. Little Fox Cottage5. Rum Cake Cottage6. Songbird Cottage7. Sunshine Cottage (coming soon!) 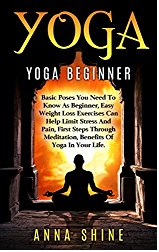 Getting Started With Yoga?

This book is especially for those who are in pursuit of the yoga and meditation-based exercises to strengthen their minds and bodies to improve the quality of their lives.

Once you work your inner and outer self, you automatically start functioning in a better manner and people look at you differently.

All you need to do is make up your mind and gear up your body to follow the simple but very powerful steps of yoga and meditation to work on all aspects of your life and your body.


Here Is A Preview Of What You´ll Learn

Sounds exciting, right? If your answer is in the affirmative, what are you waiting for? 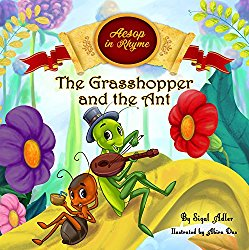 The Grasshopper and the Ant*********************************When you work all summer to save up your crumbsYou'll have no worries when winter time comes.***About Aesop’s FablesWho was Aesop, and why are his fables famous all over the world? In fact, very little is known about this mysterious Ancient Greek figure. He is thought to have been a slave originally from Africa, but even that isn’t known for certain. But his stories, with their talking animals and simple moral lessons, have been popular for thousands of years. They have been translated into almost every language and were among the first books to be printed when the printing press was invented in the 1400s. The most famous Aesop’s Fable is probably the story of The Hare and the Tortoise, with its message that “slow and steady wins the race.” Children everywhere have grown up loving these delightful short tales, learning and growing through their bond with these timeless classics.I grew up enjoying many of Aesop’s fables and I’m excited to share them with you here in my own style, a little more contemporary and told in rhymes to make them fun to read and listen to. I hope you and your kids will love sharing these stories and learning from their messages just as much as I always have.